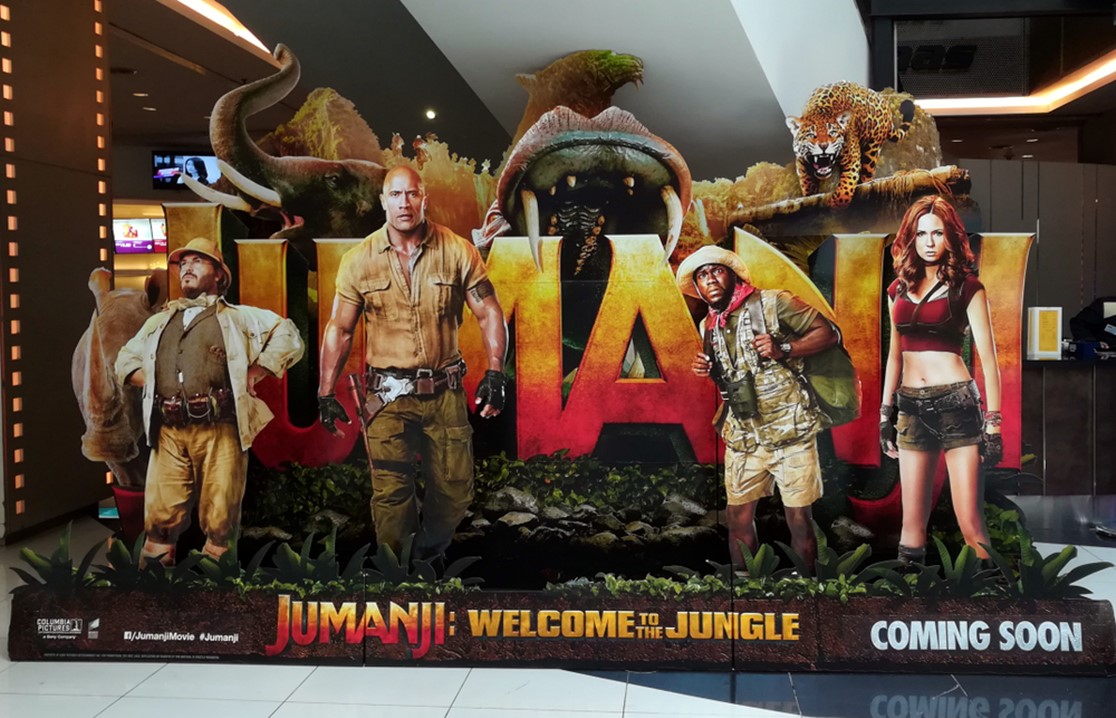 Still in a pandemic and confronting atmosphere new normal this makes some people get bored at home. Moreover, having worked at home for three months it felt pretty ‘cramped’ to die of style. One way to get rid of boredom is to amuse yourself. For example watching a movie action comedy so that the mind is more fresh.

Movie genre action comedy is the right choice to cheer yourself up again hit by fatigue. Compared to watching movies that are too serious, you should watch movies that make you laugh and make your mood cheerful.

Even so many movie titles action comedy which were released from various countries. Starting from Hollywood, Indonesia to South Korea! Even in 2019 there were several films action comedy South Korea which graces theaters in Indonesia.

Curious? Here are 10 movie recommendations action comedy who can cheer you up at home.

Although telling about the hero Asgard, the film action this element of humor is quite thick. The audience can still feel the elements of comedy thanks to director Taika Waititi who has a creative sense of humor.

The film which tells of Thor losing his ultimate weapon is indeed better known as film action comedy. Because in the movie Thor: Ragnarok, Thor and Hulk characters are not too fierce, but instead become like a comedian.

Of course there are still exciting scenes, such as Thor who threatened his life when making his flagship weapon.

This South Korean film is guaranteed to make you laugh from the start of the film. This film tells the story of detectives who disguised themselves as chicken sellers in order to investigate their targets. Not unexpectedly their chickens even sold and the detectives were even busy taking care of customers.

Although silly, movie action comedy Extreme Job managed to become the second best-selling South Korean film after Along With the Gods: The Two Worlds (2017) which reached 14.4 million viewers.

Want to watch a movie action comedy which isn’t too ridiculous? Film Mission: Impossible – Fallout could be a solution. The film, starring Tom Cruise, is certainly a lot of tense scenes. Moreover, Tom did extreme scenes without using a stunt double.

Although the film action who have a mission to get a nuclear bomb, this film also makes us laugh thanks the script made, also some of the scenes.

Deadpool is a movie that always and certainly makes you laugh! Genre film action comedy this often displays deadpool jokes and gestures that provoke laughter.

Yes, the appeal of this film is because of the sense of humor of the main character Deadpool. Especially from the beginning to the end of the film, the audience will laugh with jokes and sneaky but funny. Surely film action comedy this is still exciting with the standard scene of the hit. But, there are indeed some rather sadistic ones. But that’s how Deadpool, ridiculing, loyal but sadistic.

The South Korean film titled E.X.I.T tells the story of two people who tried to escape from a city covered in poison gas. Amazingly, the film action comedy starring SNSD Yoona and Jo Jung suk was successful in attracting 2 million viewers over four days of airing.

Although genre action comedy, the film that presents the stomach-shaking comedy still features several tense scenes. For example, in the scene of climbing and jumping buildings to save themselves from poison gas.

Don’t forget that Indonesia also has several films action comedy. One of them is Epen Cupen The Movie, which is based on a collection of Papuan humor that is well known to many people.

The story tells about Celo a young man from Papua looking for his twin brother who was lost since childhood. Celo departs by following the instructions of his father’s dream of seeing his twin brother on the battlefield.

Also Read: 20 Rarest and Most Expensive Action Figures in the World

7. Jumanji: Welcome to the Jungle

Starring The Rock, Kevin Hart, Karen Gillan, and Jack Black, this film is a success that makes you laugh out loud. Not only because of the dialogue, but also the expressions and gestures of the actors who increasingly make this film funny.

Film action comedy this was a huge success because of the right sense of humor. Coupled with Jack Black’s acting the most ‘holding’ really and will make you laugh. Jumping action here and there, racing using cars with creepy creatures also add to the thrilling side of this film.

Film action comedy Indonesia is starring Joe Taslim, Tatjana Saphira, Chandra Liow, and Jefri Nichol. Although there are lots of fight scenes that are very exciting, this film is thick with dialogues and funny scenes.

Read Also :  Higher Cost of Hajj? Relax, this is a solution to prepare Hajj funds from gold savings

Film & # 039; Hit & Run & # 039; tells the story of Tegar’s journey, a famous police officer who had to deal with a high-class drug kingpin. Because it is known as a celebrity police, every pursuit of a drug suspect, Tegar is always followed by the media crew.

The Heat, starring Sandra Bullock and Melissa McCarthy, tells the story of FBI agents who must dismantle the drug mafia movement.

This hilarious duo of FBI agents is really worth watching because both have different characters but make us laugh. Both are described as women who have idealism. But the idealism that they hold firm, it makes both of them have no friends.

This South Korean film called Ashfall tells the story of Korean citizens who panicked and tried to save themselves because of the emergence of news of Mount Baekdu experiencing an eruption.

Because of this disaster, South Korean military members, geologists and volcanologists, are working together to prevent eruptions. But this strategy threatens South Korea, North Korea and the US relations.

Although full of tense scenes, this film is also embedded with funny scenes. So it’s quite balanced.

From 10 movie listings action comedy above, have you watched anything?