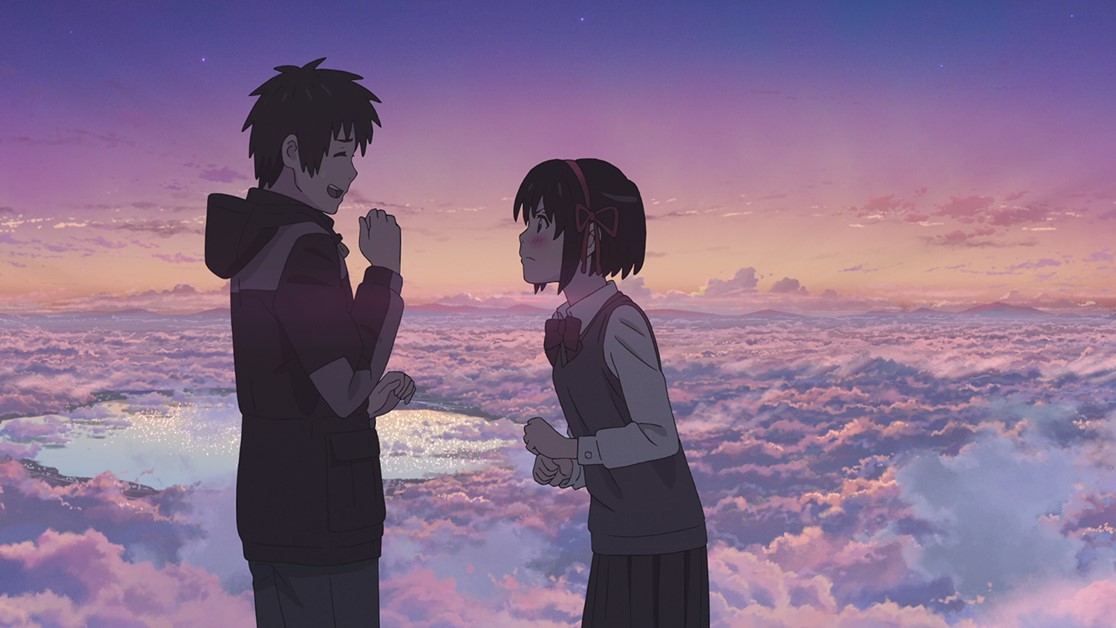 Starting from Hollywood, Korean, Indonesian films to Thai films that make you laugh out loud just watching at home because of the pandemic. After a long time the list of movie titles was running out, until I was confused about watching what else. But have you watched anime yet? These 10 romantic anime movie recommendations are really worth watching.

Anime films are actually not a genre. But more to the format of the film. Anime itself comes from the English absorption word, “Animation”. So anime is all animations produced in Japan. If every movie title has genre, so does anime.

Starting from action, drama, fantasy, horror, even romantic. When it comes to touching emotions, romantic anime movies are not inferior to ordinary films. The problem is, not only is it strong in terms of graphics, but romantic anime movies can also make us cry and laugh because the script well written. Already getting interested in watching romantic anime films?

Kimi no Na wa’s romantic anime film has received many awards and received good criticism. Even considered as a romantic anime film whose story drains emotions. Kimi no Na wa, tells about a person Mitsuha Miyamizu high school girl who lives in the Hida mountain region of Gifu Prefecture. He is bored with his life and hopes to be a handsome young man who lives in Tokyo.

Miracles emerge when Taki Tachibana, a high school student who lives in Tokyo woke up with a different form. Yes, Taki is trapped in Mitsuha’s body. Vice versa Mitsuha. The audience’s emotions began to be provoked when Taki loved Mitsuha’s friend. Unfortunately Taki suddenly returned to his original physique after Mitsuha’s grandmother asked “You are still dreaming, right?” Taki starts to get confused looking for Mitsuha’s residence for the sake of finding a woman who loves.

2. Shigatsu wa Kimi no Uso (Your Lie in April)

Shigatsu wa Kimi no Uso is an adaptation of the Japanese manga series written and illustrated by Naoshi Arakawa. The romantic anime film Shigatsu wa Kimi no Uso tells the story of Kousei Arima, a young musician who is good at playing the piano. But mentally increasingly down after the mother who was also the instructor died.

To the extent that he was not strong enough to hear the clang of a piano. But his life returned to color after meeting Kaori Miyazono, a girl who is good at playing violin and having a cheerful character.

Ore Monogatari is a romantic comedy anime that tells the story of tall students and muscular, Takeo Gōda. His love story is always unrequited. Because every girl he likes falls in love with his best friend, the handsome Makoto Sunakawa.

But he didn’t realize there was someone who liked Takeo. It all started when Takeo helped Rinko Yamato who was sexually abused on the train. Since then, Rinko often makes delicious cakes for Takeo.

Clannad’s romantic anime film has 23 episodes that tell the story of Tomoya Okazaki. In the anime Clannad, Tomoya is told as a high school kid who has a boring life. But his life began to change since meeting Nagisa Furukawa.

Girls who are not confident because they have to repeat the class because of illness. Tomoya also often has a strange dream to see a girl who is always alone and makes dolls from used goods. Because he fell in love and wanted to help Nagisa, the girl who sold bread, Tomoya went straight to work after graduating from high school.

Japanese anime film released in 2007 consists of three episodes. Each episode, tells about Takaki Tōno with a 1990 era background. However, these three episodes have a different story.

For example, in the first episode Ōukashō or Blossoming Sakura that illustrates the beginning of friendship Akari Shinohara with Takaki Tōno while in elementary school. But the two separated after they both graduated from elementary school, but exchanged letters.

Also Read: 10 Best Anime You Can Watch on Netflix

Then the second episode, Cosmonaut tells the story of a girl named Kanae Sumida who has a crush on Takaki. But he did not dare to declare his love. Whereas the third episode, Byōsoku 5 Centimeter tells about Takaki is already working and Akari is getting married.

But both of them are longing. Takaki’s girlfriend finally feels neglected and Takaki chooses to go to the last meeting with Akari when it snows.

This romantic fantasy anime film which is only 45 minutes long tell a story about Takegawa Hotaru who spent the holidays at her uncle’s house. But one time, Takegawa got lost in the middle of the forest.

Then he also met with the spirit of the mountain god. Unexpectedly, the meeting of the two save romance. But did Takegawa stay asleep in the forest or make it back home?

Chuunibyou Demo Koi ga Shitai tells the story of Yuuta Togashi who is suffering from secondary or middle school syndrome chuunibyou. This syndrome was not only experienced by Yuuta, but also Rikka Takanashi.

Yuuta who was interested in Rikka finally encouraged Rikka to be released from the syndrome chuunibyou. This romantic anime will make you laugh because it’s not telling a sad story, but it’s very funny.

Read Also :  Get to know Terra Beaute Local Skincare and its 7 Best Products

The romantic anime Ao Haru Ride tells the story of Yoshioka Futaba who met Tanaka Kou at the temple while taking shelter. After getting acquainted, the two promised to meet again at the summer festival.

But Tanaka never appeared and just disappeared. He is described as a very mysterious figure. In fact, Yoshioka once again met Tanaka while taking shelter in the temple. Pesis when they first met.

9. Anohana: The Flower We Saw That Day

This romantic anime is quite unique because it tells the story of a ghost named Menma. He died in an accident. Since that incident, Menma’s friend Yadomi became a loner.

One time, precisely in the summer, Menma incarnated with an adult appearance before Jinta. Menma, who is wandering, asks for help from Jinta to grant his wish to be able to the hereafter.

This anime tells a story about the two main characters namely Taiga Aisaka and Ryūji Takasu. In this anime, Ryuji is known as a guy who is gentle but has a scary look.

However, Ryūji suddenly meets the most dangerous woman in the school named Taiga Aisaka. Ryuji was finally attracted to Taiga. In the anime story, Taiga is a child of parents who are broken home. He ran away from home after knowing his father remarried.

But Taiga still lives comfortably in a luxury apartment, but without the expertise to take care of homework. Until finally Taiga actually more often at Ryuji’s house more good at doing homework.

That’s 10 romantic anime that are worth watching. Don’t forget to prepare tissue!

What is the normal human body temperature?