I spent a long time looking for TWS that was right for cycling. It’s kind of uncomfortable when you use it wired earbuds with cables dangling everywhere. Okay, a little confide huh. The search finally fell on Sudio Tolv which actually I have long sought. In fact, true wireless earbuds This is not specific to cyclists. Incidentally, I wear it when I exercise, from running to cycling. Next a little review regarding Sudio Tolv.

True wireless earbuds becoming very popular nowadays. There are many brands that are increasing for wireless audio devices including Sennheiser, Apple, Samsung, Jaybird, Bose, and Sudio. Who is Sudio? Name & # 039; Sudio & # 039; itself is a combination of & # 039; Swedish & # 039; and & # 039; Audio & # 039; which reflects Sudio’s vision to offer a variety of devices with exceptional sound quality for music fans.

When looking for a wireless earbuds to exercise, my focus falls on battery endurance. I might feel bad mood when earbuds lack of power in the middle of my sports activities. Perhaps many other brands that are far famous for their good sound, hardiness, or other sophisticated specifications. However, why did I fall in love with Sudio Tolv?

1. Completeness in the Box 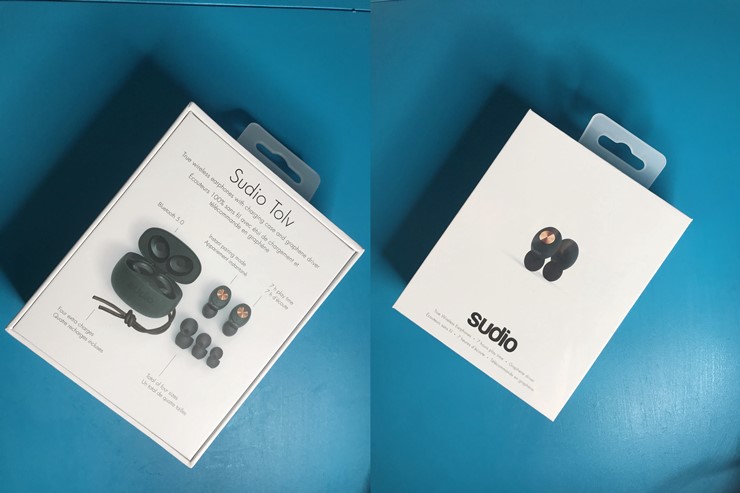 Like other Sudio products, box packaging reflects the direction of the Swedish company’s minimalist design. The back of the box also lists the main specifications of Sudio Tolv. When you open the box, you will be greeted with casing which is very simple with flip it and small circles that can be attached to key chains or bag circles for easy use.

Then there are also 3 pairs earbuds additional sizes, micro-USB charging cable for the case, warranty card, and instruction book. 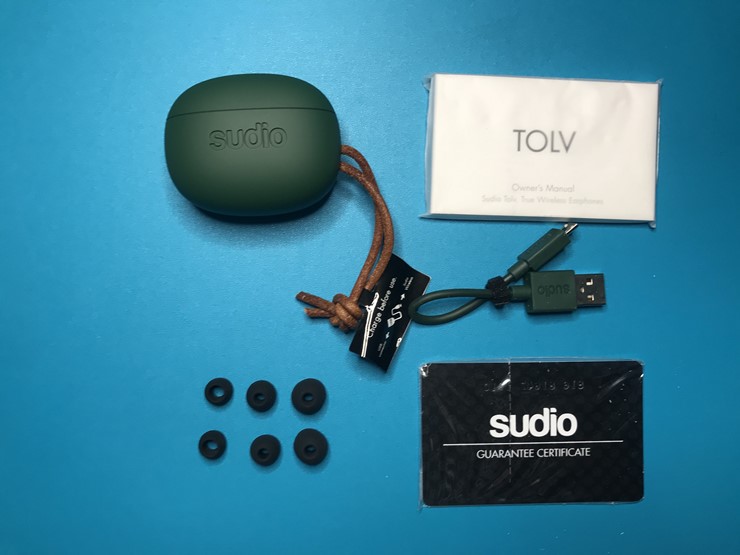 The design factor is quite important for me. Moreover, Sudio Tolv offers many color choices such as black, white, pink, light blue, ash and green. I chose green because it is my favorite color (important yes).

Casing Tolv filling is smaller than the Niva (previous series) and is made of premium matte rubber with Sudio embossed on the front. The lid is open and closed with a firm click.

When I first used it, earbuds feels comfortable and doesn’t disturb my ears. Moreover, for me who actively moves like running and cycling. I choose size earbuds smaller ones so as not to risk falling and earbuds perfectly attached to the ear. Sudio Tolv also adjusts ear shape because of its oval design compared to the Niva series. 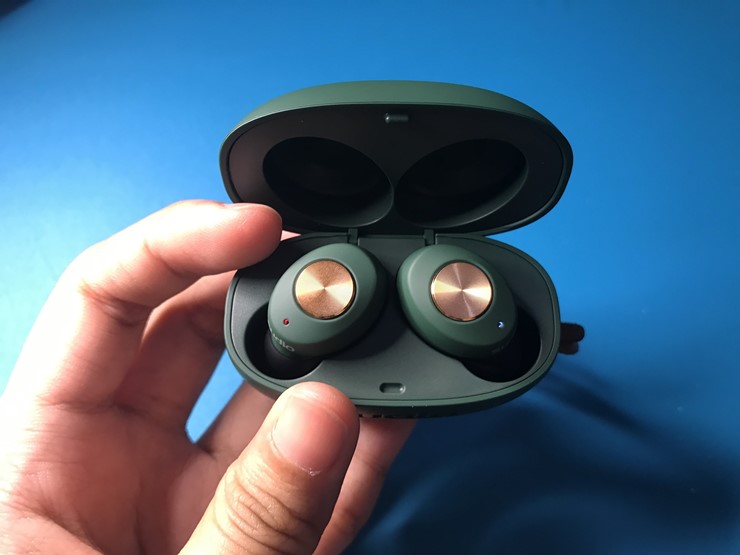 If the previous series, Niva, is impressive enough for a battery life of around 17.5 hours, Tolv can & # 039; play & # 039; up to 35 hours (double that of Niva)! Sudio promises Tolv can be used for 7 hours with 4 times charging casing. With exceptional battery power, Tolv is also very suitable for long-haul flights. For this type of use such as working and exercising, I can even use it without needing to recharge for at least a week! 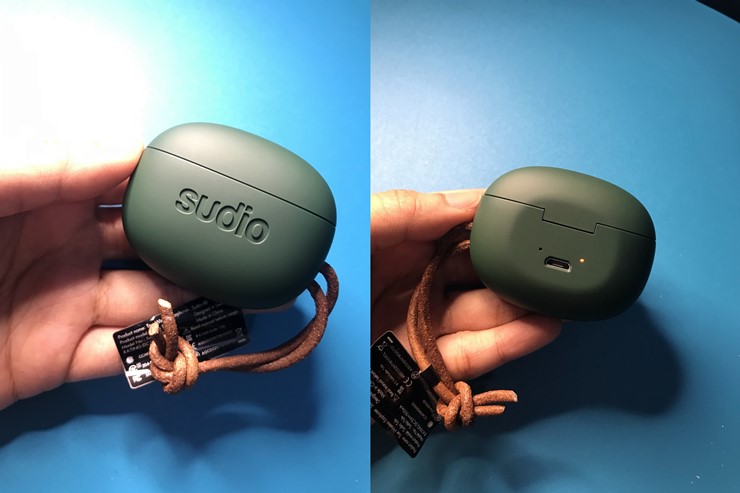 Bluetooth pairing Tolv is very easy. After being released from casing battery charger, earbuds Tolv is automatically turned on and ready to be connected to other devices. To end the use, simply place it earbuds back to casing the charger then closes casing magnetism. After earphone has been connected with smartphone, automatic earphone will be connected when removed from casing.

Because the Bluetooth Tolv version is 5.0, it means you can choose to listen or connect earbuds one by one. Every earbuds weighs 4.5 grams so it doesn’t feel heavy on the ears. Every earbuds also equipped with a microphone built-in which is useful when only using one earbuds only while driving.

As I expected from the TWS Sudio lineup, Tolv’s sound quality was quite good, with graphene drivers which makes the sound clearer. We should have known from the beginning when we saw that Sudio Tolv did not come with support, such as APT-X, APT-X HD, noise canceling, or LDAC.

In general, Sudio Tolv sounds pretty neutral. For the bass also mediocre because the sound produced sounds rather muffled. However, if I have to make a choice between Sudio Tolv and Apple Airpods, I will choose Sudio Tolv for better audio quality and comfort, while sticking to a design that suits my taste.

Back again, if your focus is on the sound quality level audiophile, Sudio Tolv will not fulfill that expectation. In terms of sound, for those of you who feel & # 039; sensitive & # 039; with the bass to feel numb and really love music, maybe Tolv won’t really satisfy you. However, if you intend to use it only for professional purposes or have fun, Tolv will meet your expectations.

Nevertheless, we must commend Sudio for the improvements made to Tolv. Sudio Tolv works on better battery life, audio quality, and a better designed charging case compared to its predecessor, Sudio Nivå. It can be concluded, in terms of sound quality, Tolv sounds average even though it is equipped with graphene driver yes. 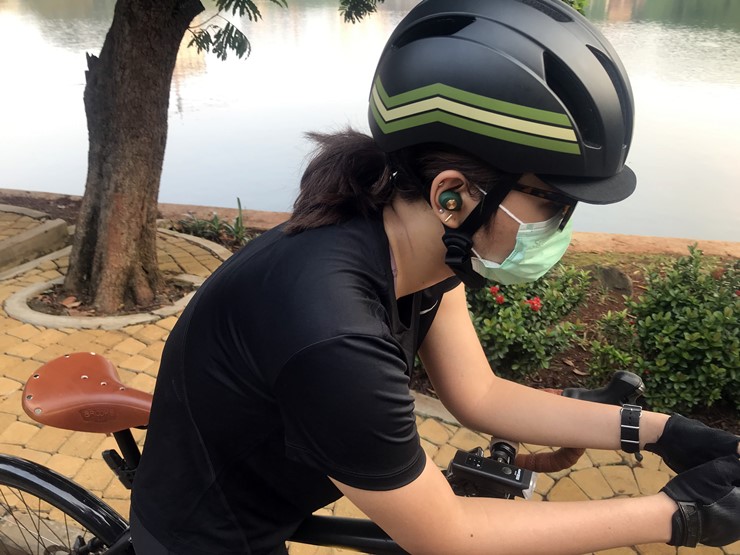 I tried it in several environments, including at home and on the road. I feel Tolv’s voice is quite clear, if volume at maximum, I will not listen to any sound on the street so I need to turn down the volume.

When cycling on the streets

Tolv blocks environmental noise quite well. So far, I can’t hear the noise of the streets or when my friend calls, I don’t hear it and I’m presumed to be arrogant! Remember, don’t pair volume too tight when cycling. Apart from being arguably arrogant, volume the taut will harm you during the trip.

Because earbuds very comfortable to wear, I also tried it to listen to music while working at home. Of course, I don’t listen to the voice of the courier when yelling & # 039; package & # 039; in front of the fence.

Tolv is very comfortable to use and doesn’t fall easily when I’m running. Earbuds it’s also light and resistant to sweat. Obviously, do not accidentally plunge it into the water. Broken hmm? definitely. 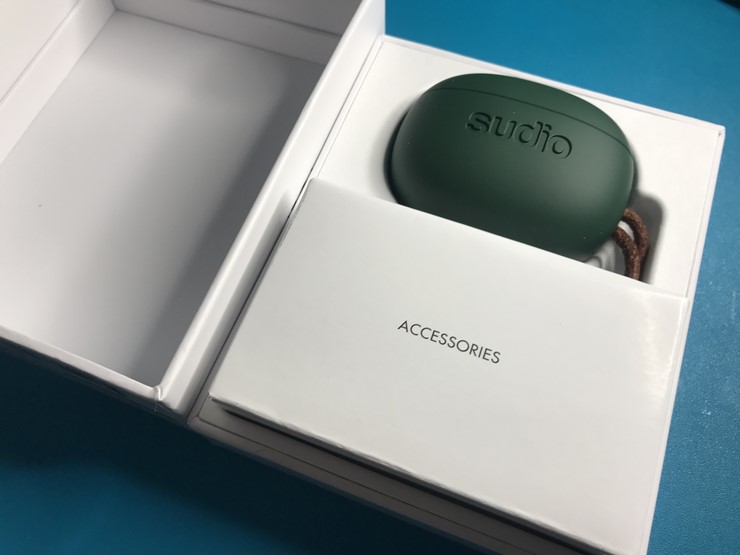 There are almost no settings involved with Tolv, but to make it clearer, the following are the steps to pair this TWS with a cellphone:

– Take it out earphone from casing

To control earphone, use the following method:

Double tap on the section earbuds right -> Track next

Answering the Phone -> Press R once 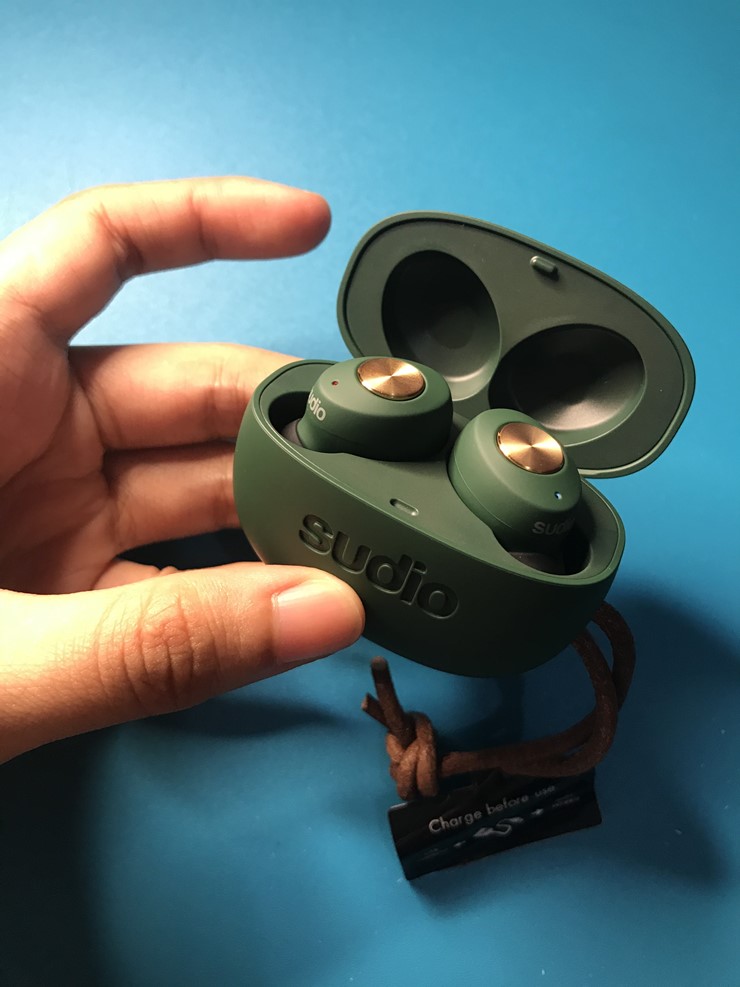 I will be honest, I really like a good voice, but I will not call myself alone audiophile. But, I will definitely spend a little time to get good quality equipment. The experience I have had with Sudio Tolv has changed my attitude of not caring about sound quality to being concerned with sound quality earphone.

Read Also :  Pay Your Groceries on the Spot, Get a Free Promo Ongkir!

Tolv’s sound quality is indeed inferior and cannot be changed. However, quality earphone bluetooth now is not as good wired earphones yes. Everything is back to necessity, wireless earbuds much more practical for people who do not want to be complicated with cables. The sound produced by Tolv is pretty good without any obstruction in the system and does not tire the ears.

Sudio Tolv wireless earphones are pretty good especially in terms of battery life. Its use is also very easy. Unfortunately, Tolv is not equipped with noise canceling and quite difficult to operate if only using one earbuds. Given, respectively earbuds has a different function.

If you wear earbuds on the left side, automatically, you cannot change the next song playlist because it can only be done if earbuds right attached. All Sudio products come with a 1-year official guarantee which is a plus.

· Sweat Resistant: for daily use

10 Effective Tips for Learning to Count for Toddlers