This benefit is obtained because kaffir lime leaves contain natural compounds such as essential oils, triterpenoid steroids, and tannins in them. This content is believed to act as a natural antibiotic, reduce stress, to increase stamina.

Various Benefits of Kaffir Lime Leaves that You Need to Know 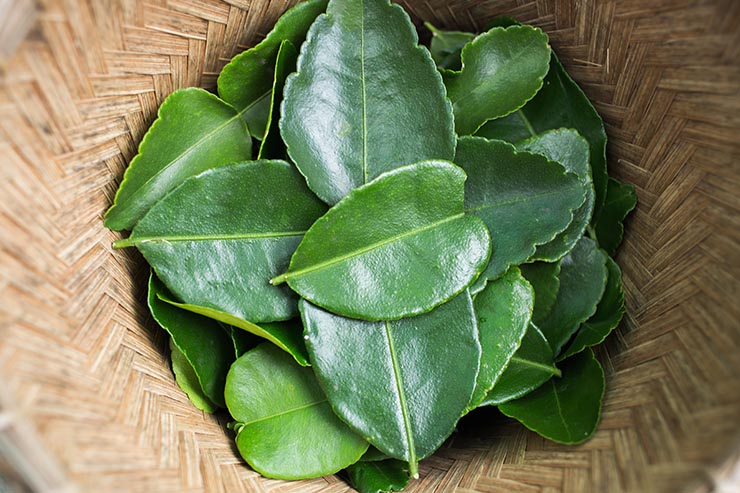 As an alternative medicine ingredient, there are several methods that can be used to process this kaffir lime leaf. Starting from boiling it with other ingredients to mixing it with warm water to bring the aroma of relaxation. The following are the benefits of kaffir lime leaves which are good for health.

One effective way to relieve stress is to try to rest while breathing in a calming aromatherapy. Kaffir lime leaves are often used as one of the essential oil ingredients to present a relaxing and soothing aroma.

The aroma is strong and distinctive can make the mind become calmer and eliminate excessive anxiety. You can choose a variety of brands of essential oils that smelled of kaffir lime to be able to feel this benefit.

The digestive tract becomes a body that is prone to distraction due to bacterial infections that enter through food. One of the bacteria that can be combated with kaffir lime is E. Coli which can cause disturbances in the digestive tract. In addition, kaffir lime leaves can also overcome constipation so that the intestine can be clean again.

Its antibacterial effect is also effective in killing bacteria in the oral cavity that cause bad breath. People in Southeast Asia have long used kaffir lime leaves as an alternative before the discovery of toothpaste.

They use a mixture of kaffir lime and guava to refresh the mouth while cleaning teeth and gums from leftovers. Both of these natural ingredients can effectively eliminate the unpleasant odor because of the antihalitosis effect that comes from the aroma of essential oils.

Kaffir lime is also rich in vitamin C which can help increase body immunity. This Vitamin C can stimulate collagen production which can increase the wound healing process. Besides vitamin C is also a good antioxidant to protect the body from damage due to exposure to free radicals that enter.

Kaffir lime comes as a complex package because it is very useful, both the fruit and the leaves. You can use it as an alternative treatment. However, you also need to pay attention to the level of use because kaffir lime can also have negative consequences for people suffering from stomach acid disorders.

Watch Out! These 10 Bad Effects of Skin Whitening with Vitamin C Injections (Updated)