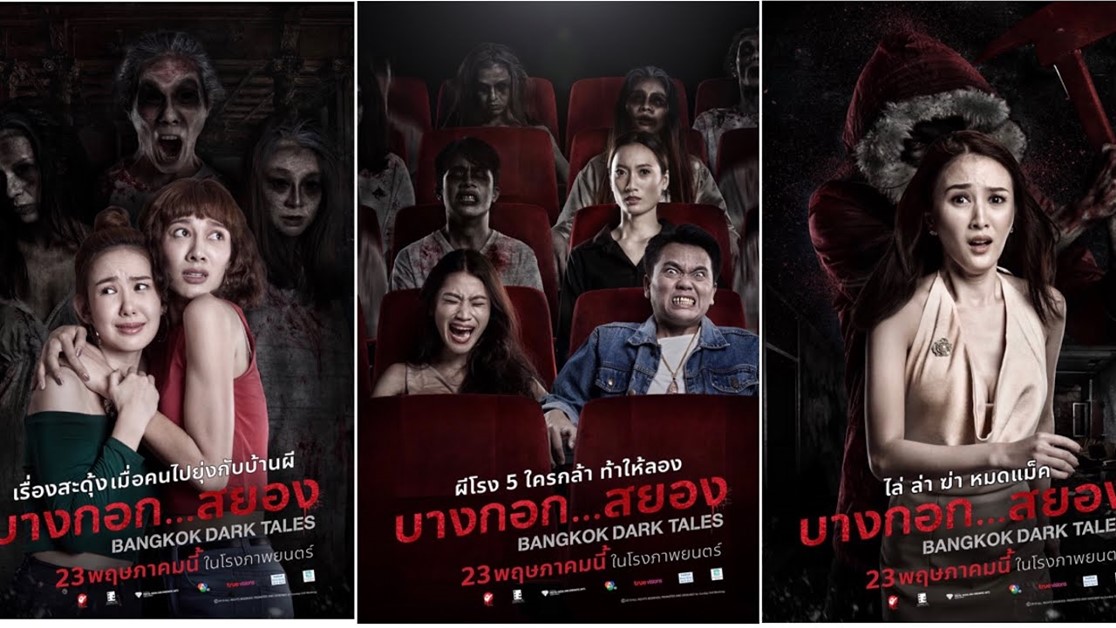 Watching Thai comedy horror films is the right choice to entertain yourself. Moreover, Thailand is indeed most famous as a country that has a lot of funny films. Likewise with the horror movie, really scary! So it’s no longer surprising that Thailand is smart at packaging horror stories wrapped in jokes. Yes, enjoying a Thai comedy horror movie is just right for those of you who haven’t dared to go out of the house when the COVID-19 spread chart is still rising.

Actually, everyone’s funny tastes different. But you really are worth trying to watch a Thai comedy horror movie to get rid of boredom. Curious? This is a series of horror film recommendations from Negeri Gajah Putih.

The Thai film, starring Mario Maurer, is the best Thai comedy horror film. The story is about the legend of Mae Nak Phra khanong Thai or Thai female ghost. During his life, Nak was known to be beautiful and died while she was pregnant. Well, have you guessed the story? Just watch first, the thing is this movie besides being funny there is also a romantic story.

Comedy horror film Make Me Shudder This tells the story of eight school students who are desperate to non-active school buildings. The school they were going to was closed due to a murder case. Besides being tense, the film is thick with elements of silly scenes that shake the stomach from the beginning of the film to the end. Get ready for thirst, water ready!

Film Bangkok Dark Tales tells about 3 different situations with 3 horror stories and 3 scary places in Bangkok. Interestingly, this film was also directed by three people! He cried again, the three of them made this film based on a true story, so it’s not just there jumpscares and funny scenes only, but it can also make you sleepless!

This Thai comedy horror film tells the story of a man who harbored feelings for a woman who was his teacher when he was a child. But apparently, the woman is a wandering ghost. But you will not feel afraid because there are so many funny scenes that make you laugh. So, are they still united or not?

Thai comedy horror film titled Thailand Zombie Fighter it tells the story of zombies who hunt humans. The adventure begins when Audi and his gang head to the hospital, where their parents disappear. They went there out of curiosity.

Curiosity actually makes their lives threatened because surrounded by zombies! Apparently the appearance of zombies is caused by a virus that spreads.

Also Read: 15 Recommended Movies about the Best Islam that Touches the Heart

This comedy horror film tells the story of terrible events that befall people on the feast of Songkran. Creepy tragedy occurred for 3 days, precisely on the 11th, 12th, and 13. For example, Tar, a man who decided his girlfriend named Mod on the 11th.

Afterwards Tar returned home, but Tar actually saw Mod commit suicide in his apartment. Strangely, Mod actually travels with friends. But when his friend saw Mod, they told him that Mod had died in an accident. Hmmm so curious about the story line.

Also Read: Besides Parasite, here is a Korean Thriller full of thrilling action

Film Body Jumper it really makes you laugh out loud. In this Thai comedy horror film tells the story of a female ghost named Pop. He frightened to the destruction of everyone in the villages of Sam Kotr and Roi Et.

But he was successfully bound by an exorcist by using a magic rope. After being trapped for a long time, Pop is finally released after college kids accidentally untie the rope that binds Pop. This incident occurred when they peeked at a woman named Ker who was bathing in the river. Pop immediately followed Ker and the men when they returned to the capital.

This Thai comedy horror film tells the story of someone who wants to help spirits get out of college. Because at the university to go to have a dark and mysterious past. To the extent that several students died on the spot before they successfully graduated.

Sars Wars is a Thai comedy horror film that tells the story of the SARS virus and zombies. Bangkok’s Minister of Health was also affected by a scary virus.

But a child is reportedly being held captive in a building full of zombies. Fortunately a hero who uses the sword desperate to help the little girl. He also must fight zombies, criminals and chase time because the government will destroy the building.

Film Senior genre This comedy horror tells a story about a mystery case that made a ghost named Senior become a haunt. And the story of Ant who ended his life because of an illicit relationship. The main character in this film is Mon, a woman who has a strong sense of smell.

The story gets more exciting when Senior asks for help from Mon to uncover the crime that happened in the past of the haunted ghost.

That’s 10 Thai horror comedy films that you should watch so they don’t get bored again at home.

Some By Mi Toner Variant to Overcome Any Skin Problems