When undergoing a pandemic that makes you have to always be at home, having a hobby is very important to eliminate fatigue. Imagine if your daily activities were just getting up, showering, eating, working, eating, then sleeping again at night. And it is all done only in the house. Bored? Certainly. Well, therefore it’s good you have a hobby that can be done on the sidelines of routine activity.

One of the fun hobbies to pursue right now is gardening. Just imagine, after a day in front of the laptop, your eyes can immediately fresh to see the greens when sitting in the home garden. In addition, the air around the house can be fresher.

Gardening around the house is also very possible to do with the existence of a method called urban farming. This method is fairly easy to do on urban land that has less extensive land. Want to know more about urban farming? Check out the following explanation.

What is Urban Farming?

This method is present as an alternative green open space besides parks in urban areas. Literally, urban farming means gardening in an urban area. Generally, this method uses makeshift areas such as backyard gardens, house walls to the rooftop.

The use of the term urban farming also tries to remove the troublesome or complicated stigma attached to farming activities. All the techniques and equipment applied to urban farming are relatively easy to do and find. For example, for containers it can use used items such as bottles, paint cans, paralon pipes and others.

Meanwhile, the planting media do not use soil, but use charcoal, husks, and coconut husks. How to treat it can also be learned self-taught because of the many guidelines that can be found on the internet. And the most important thing is urban farming also applies the concept of zero waste because the remnants of kitchen waste or aquarium water can be used as organic fertilizer for plants. 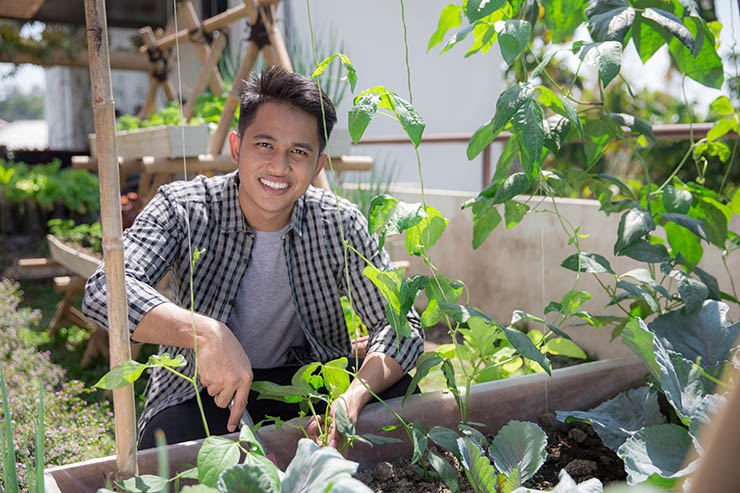 Broadly speaking, the concept of urban farming is gardening using existing land and is not so extensive. Therefore, the method is different from the gardening system in the countryside. The following are the methods that are generally used in urban farming.

This method is the most popular urban farming method applied by activists. Hydroponics is a planting technique that uses water and uses planting media other than soil. The thing to note from this method is the monitoring of the nutrients. Plants that are suitable to use this method include cucumber, lettuce, and kale.

This method is quite unique because it begins by forming an indirect ecosystem between fish and plant cultivation. Water from fish ponds that are full of nutrients is then flowed to the planting media so that the plants get good nutrition. Plants that are suitable for cultivation with this method are lettuce, water spinach, pak choy.

This method exists to answer the desire to garden, but is constrained by a narrow space. Cultivation is carried out by planting vertically using multilevel bottles or pipes in a limited area. Spinach, mustard greens, chives, and strawberries are suitable plants for this verticulture.

Broadly speaking, almost the same as verticulture, it’s just that this method uses the walls of the house as a planting medium. Plants that are suitable for cultivation with this method are chili, tomatoes, and various ornamental plants. 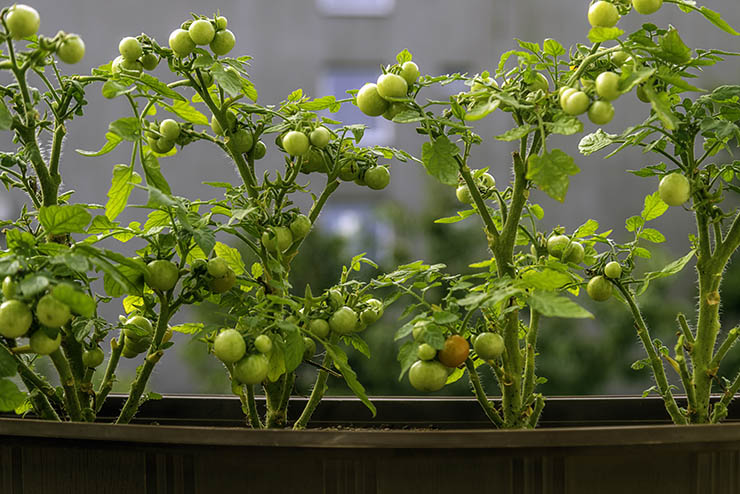 Aside from being a hobby, doing urban farming also has a variety of benefits that are good for one’s own health or the environment. Consider the following benefits of urban farming.

1. Benefit from the economic side

Small-scale gardening in your yard can provide you with a number of economic benefits. You can use a variety of vegetables grown for daily consumption so you don’t need to buy in the market. On a large scale, urban farming managed by groups can also bring even greater economic benefits. The results of this group management can begin to be marketed commercially at competitive prices in the market.

The need for green open spaces or parks in urban landscapes today is arguably urgent. The number of high-rise buildings and the level of traffic congestion are the main contributors to the high level of pollution. The solution is the presence of green open space that can be an eye conditioner as well as people’s breath. Urban farming can be an attractive alternative to meet the solution.

The lack of land for gardening due to an increase in the pace of development can play a role in weakening food security in the area itself. The need for food can be greater than its availability. As a result, the price of foodstuffs can soar as a result of inflation.

A note quoted from the fao.org website states that there are around 200 million urban farming activists in the world who are able to supply food for 700 million people. The same note also mentions that urban farming is able to provide the needs of 30 percent of vegetable consumption in the city of Kathmandu, 50 percent in Karachi, and 85 percent in Shanghai.

The concept of urban farming that is applied to urban planning can reduce high temperatures due to high pollution and global warming. A study conducted at Cardiff Unitersity in 2007 mentioned the presence of green open space on a rooftop or vertical park can significantly reduce ambient temperatures around it.

Not only that, urban farming also has the potential to release hundreds of thousands of tons of nitrogen into the air which means the same as preventing the pollution of rivers and clean water sources from exposure to 57 cubic meters of storm runoff.

Types of Plants for Urban Farming

Fruit vegetables that are rich in vitamins A and C are popular ones to be cultivated using this method, either hydroponically or otherwise. The trick is also easy, you just dry the tomato seeds contained in the fruit and then plant it in the chosen planting medium. One thing to note, adjust the position of the plant so it does not propagate into the planting medium. The harvest should start to appear after three months of treatment.

This plant is often used in dishes from Italy, such as pasta. Its function is also varied, from being processed into pasta sauce until it merely serves as a paste decoration. The way to cultivate basil is by using cuttings on the shoots. Choose basil plant stems that are still green, but have strong stems and are planted in the planting medium.

Chili is one of the market commodities whose prices are very volatile, even touching the figure of Rp 100,000 per kg. Well, instead of being confused about the price of expensive chili you better plant it yourself at home. Chili seeds can be obtained from chili seeds that have dried and the texture is getting soft.

Before planting, these seeds are washed first. Place the pots that have been seeded with chili seeds in a shaded area, but still get enough sunlight. Chili can be harvested after reaching the age of 2 to 3 months since it is planted.

These vegetables are often a food seasoning with a refreshing taste, for example in soupy foods such as soup or meatballs. How to cultivate is also fairly easy. All you have to do is take the shoots that grow in the roots then move the buds into a pot that has been filled with loose soil.

Those are the things you need to know about the method of urban farming as an alternative to green open space in urban areas. Interested in getting started in your home as a new hobby?

Sangar Look! This is the choice of Non Japanese Motor Sport in Indonesia

This Specifications and Price Realm V5, Claimed the Cheapest HP 5G in the World!